Hopefully, most of those reading this know what a meme is. However, as I recently realised when discussing with some colleagues of mine (who shall remain nameless) not everyone has been exposed to the world of memes. So as a very brief preface, memes are officially categorised as “an element of a culture or system of behaviour passed from one individual to another by imitation or other non-genetic means”. But put simply – they’re funny pictures that go viral.

I’m going to kick this off by saying that I love memes. I think they’re a great way of not only providing humour but, when used correctly, can be a powerful tool at boosting the reach and effectiveness of your approach to market. However, when used incorrectly, they can sometimes have a devastating impact, perhaps damaging the brand itself or eventuating in significant financial penalties.

I will start with a few examples of ‘good’ meme marketing strategies – good in this case being a combination of my own impression (as a bonified member of the ‘millennial’ generation) and reported success in the media.

Now it may be a bit strange a recruiter repping another recruiters marketing. However, they are rec-2-rec, so far enough removed that I’m not unduly promoting a competitor. Plus, there’s enough rivalry in this game, a bit more love can never go amiss. The aspect of Hunted I will focus on is Ed Hunter. I think most recruiters are well aware of who Ed Hunter is (or at least his persona – the man/wolf himself is shrouded in mystery). Meme based marketing is only a part of his repertoire, he also does parody/satire very well. All of this not only drives click-through and traffic, but it makes the brand memorable. The use of humour in marketing (of which meme marketing is largely comprised) can be massively impactful when done right. Though always remember – one man’s joke is another man’s insult, so be tactful!

Netflix’s successful use of memes is well documented and has personally drawn me to more than one show. But they went beyond the usual meme usage – they created their own. By using excerpts from their own shows in a meme context, they ensured that their own content went viral rather than a standard template, doubling down on ensuring brand recognition. Look at their meme campaigns for shows ‘BirdBox’ or ‘Stranger Things’. I watched Bird Box purely because of their meme campaign, and whilst that’s sadly an hour and 40 minutes I’ll never get back, still the campaign succeeded in drawing me in. 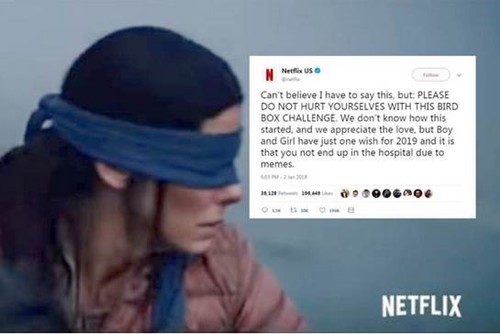 But what if you do them badly?

During my research, I seemed to find more examples of when done wrong than when done right. As discussed, it’s a thin line between funny and insulting. But other things that must be considered include; actually knowing the original meaning of the meme or making sure you have the rights to use such an image. Some examples of adverse side-effects include a major retail brand being sued for millions by a celebrity for copyright infringement and the banning of an entire ad campaign for accidental racism.

Less serious examples where a meme has been completely misused, which while not doing any irreparable damage to the firm, do highlight that they’re out of touch, include this magical attempt below by McDonalds where they couldn’t have missed the mark of the original meme in question more if they tried. 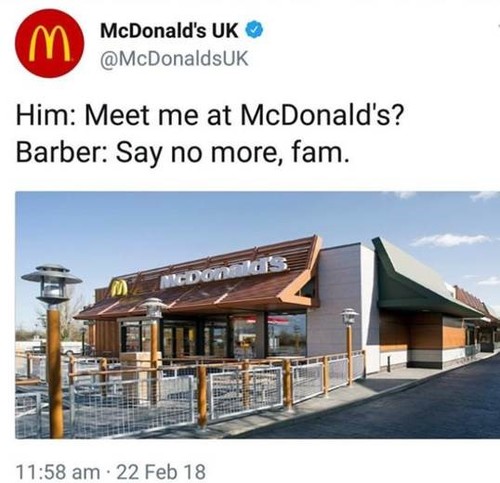 Now, onto the crux of the issue. Do memes belong in professional marketing, and if so, how do we judge when a line has been crossed professionally?

For this, I asked a few of my colleagues from our sister brand Carter Murray what their take on this is, if they’ve seen this used successfully and if so, to what degree. To focus first upon Germany, Markus Meyer, the Head of Carter Murray Continental Europe states that to his knowledge, there are no companies in Germany (where the majority of his roles are based) that utilise meme marketing campaigns. The reason for this is most likely that in Germany, what constitutes professionalism in business is still held to a much stricter standard than in many other countries. To even find a business that has a ‘du form’ policy is still quite rare, so I expect that having memes as a common practice in marketing is still a long way away.

But what about London? I spoke with one of my colleagues, Hannah Taylor, who is in charge of the Professional Services business within Carter Murray. She states that ‘The use of memes across professional and financial services tend to be through the individual (and their own online presence) as opposed to being used as a tool by a firm. They are sparsely used as a formal tool online via our clients’. So whilst companies in London are able to provide some more flexibility in their approach to market, providing individuals with the option to utilise meme-based marketing, still it is not currently adopted as part of official company policy.

So, what do you think? Would you respond to a marketing campaign in meme form? Or on the flip side, would the company leave a negative impression on you for using such an approach? Keen to hear your thoughts. 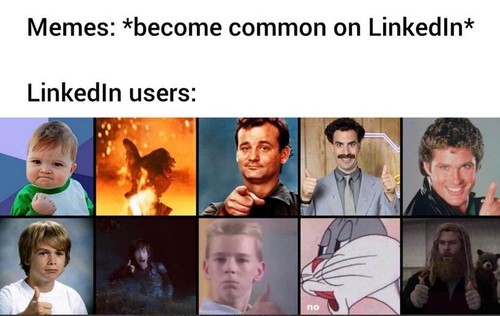 Get involved in the debate and comment on James's story here.